Almost everyone I met traveling in Colombia has, at one point, decided to take Spanish lessons. I mean, why not? They’re cheap, abundant, and a great way to practice Spanish in a place that doesn’t have toooooo strong of an accent (looking at you, Chile/Uruguay/Argentina). So…after a month of being in Colombia, I was ready for a change.

To be honest, I was exhausted. I’d been traveling more quickly than most who long-term travel do. In seven months of backpacking, I hadn’t spent more than 8 nights in the same bed…and the only two times I spent over a week in the same place were at the refugee camp in Greece and on a blow-up mattress in a tent at Burning Man. Both really low-key and relaxing environments, ya know?

But anyway, I was tired. Ready for something new. And more than that, I was ready to do something productive that bettered myself. I’d been feeling the absence of my January MEDICO trip to Honduras more than I thought, and I wanted to find a way to do something meaningful for a bit.

I found a school randomly, as one does, via a Google search. It was called “Spanish Adventure” which tbh I thought was a little hokey, but the Trip Advisor reviews were AMAZING. Plus, it was cheap – $185 a week including daily lessons, lodging, lunches, daily “adventures”, and a “grand adventure” on Saturdays. Whaaa?

So a few weeks later, off I trotted to San Carlos, Antioquia for two weeks of Spanish lessons at Spanish Adventures.

I got my first clue that this wasn’t a tourist destination when I asked the woman at the Medellin bus counter where the buses to San Carlos departed from. “San Carlos?” she asked, eyeing me dubiously. “Are you sure?”

I assured her I was, and with that I was off. And I got my second clue that the ride wouldn’t be the smoothest when, about an hour into the drive, our bus stopped at an auto repair shop. I was confused – all okay? And then two guys came over and put off-road tires. On the bus.

And then we were off again…and maybe I’m just a baby when it comes to bus rides (I don’t think so though…*cough* Chiang Mai to Pai *cough*) but HOLYCOW that bus ride was no joke. Four hours on a local bus over essentially boulders on the side of a mountain. In the dark. But we made it in one piece, and then I was in San Carlos, ready to adventure it up.

The two guys who run the program, Camilo and Daniel, are super chill and have a fun approach to learning Spanish in small group settings. You get placed in a class with 2-4 other students of roughly your same language level, and a typical day will consist of 2-3 hours of interactive lessons every morning. The most fun part, though, is that the Spanish lessons don’t stop outside the classroom – they continue the entire time you’re at S.A. We normally had afternoon “adventures” (hikes, coffee plantation visits, trips to the swimming hole, etc.) that would include Spanish practice. Plus, in all the interactions you had in San Carlos you were pretty much FORCED to speak exclusively Spanish…you’re the only gringos in town, so English isn’t spoken like, at all. Which…especially for learning a new language…is absolutely perfect!

I spent two weeks at Spanish Adventure and had so, so many awesome experiences. A few of my favorites…

I 100000000% recommend going to Spanish Adventure, but I suggest – if you’re keen – check out if they have any volunteer positions available. The student price is cheap ($185/week for a shared dorm with lunches, lessons, and adventures as of February 2018)…but the volunteer price is a STEAL. You get completely free room and board, plus a huge discount on your lessons. All of my friends at S.A. did this, and said the volunteer work they did – digital media management, house cleaning, etc. – was super easy and totally worth the discount. So…if you’re thinking of going, check out if you can go as a volunteer first. You’ll basically be able to study Spanish for free! Sign up for Workaway to check out if they have any volunteer opportunities.

In short – go here. It’s amazing. You won’t regret it. Just be prepared to have a ton of fun, and leave with an exponentially better grasp of Spanish than whatever you came in with. Click here to check it out. Do it. 😉 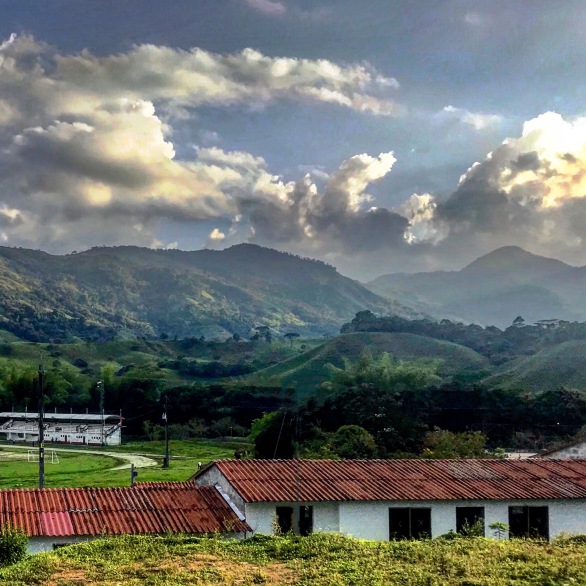 Special thanks to those who make this program so awesome – Juan Camillo, Daniel, Manuel, Liliana, Edwin, etc. etc…you guys are rockstars, and have built such an awesome thing in San Carlos. Besos. ❤

Next up…a (current, FINALLY) update on life in Bangladesh, one month in. Where is time going?!