Ah! Rats. Like thousands of well-intentioned travel blogs before me, I’ve gotten lazy and out of the habit of posting regularly…and today I realized it’s been over a MONTH since I posted! Gah. It’s something I swore to myself wouldn’t happen…similarly, I assume, to the authors behind the thousands of said travel blogs who ALSO said they would never fall out of the habit of regular posts.

Regardless. I’ve been busy! But I want to do justice to each of the locations I’ve visited and write about them all. So, even though I’m currently in Indonesia on the island of Lombok, I want to write, in order, about where my travels took me after Andorra…

So, picking up where I left off.

After four days of hiking in Andorra and having a good amount of (much-needed) solo time, I adventured through southern France for 9 lovely days. As someone who’d only ever been to Paris (and commands approximately five words of the French language), I figured southern France would be a fun, yet challenging adventure – I could visit some smaller cities, drink good wine, and lounge around in beautiful parks before heading on to Spain for a grueling two weeks of hiking the Camino de Santiago.

And it was fun! I’m so glad I went. However, it was also challenging, particularly in the locations I visited that didn’t cater to backpackers or solo travelers. My first adventure, however, was the one place that had a HUGE backpacker culture, and I loved it!

First stop on my adventures was the town of Toulouse, France, about three hours north of Andorra. Known as the “Pink City” due to the reddish-pink bricks used commonly in the city’s buildings, Toulouse doesn’t have a TON of sights to see,  but it’s beautiful nonetheless. There are some cool cathedrals, rambling parks, a botanical garden, and a pretty river walk…however, it’s more of a city that you just wander through, stopping at cafes and interesting sights along the way. It’s interesting – as I travel more, I’ve realized that while I’m not a huge city person, smaller towns without a million “must-see” sights are actually my favorite places to visit. 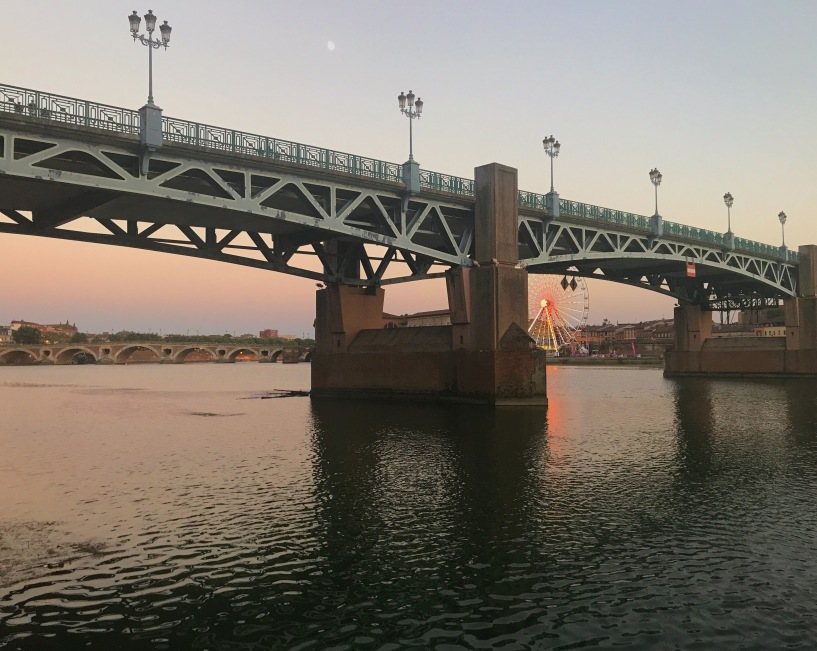 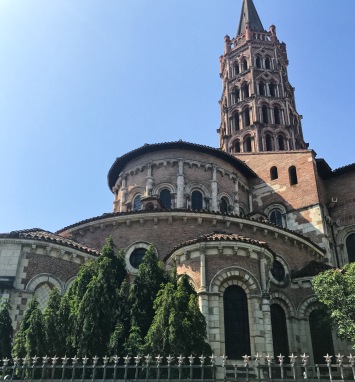 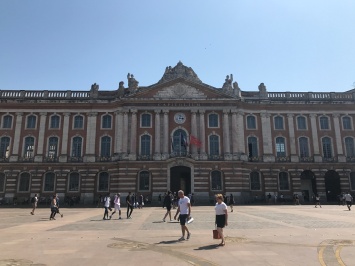 In terms of accommodation, I was feeling a bit lonely after so much solo time in Andorra, so I booked a stay at a “social hostel” (not quite a party hostel, but not quite just a place to sleep) called La Petite Auberge. While it wasn’t my favorite hostel in terms of accommodations (read: dirty bathrooms and ratty bunks), the other backpackers there made my stay SO much fun and totally worth it. There’s a huge back patio where we all hung out, drank one euro wine, and chatted in the late afternoons, and the hostel is in a college neighborhood with a bunch of fun bars and pubs nearby to hang out in at night. My second night out was with a group of 20 other hostel-mates, and through the course of the night we realized that our group hailed from 18 countries and spoke 14 languages. How cool is that?!

In short, I had a great couple of days wandering the streets of Toulouse, sipping coffee in cute French cafes, escaping the heat in the city’s cathedrals, and socializing at the hostel. After four nights, though, it was time for stop #2…

Bordeaux – aka, not the place to solo travel

A beautiful city that’s known (obviously) for it’s awesome wine, I honestly had mixed feelings about my time in Bordeaux. While it a beautiful downtown and amazing red wine, it also has almost no backpacker culture and only one hostel in the whole town…and said hostel was sold out when I came to visit. However, the sold-out hostel ended up being a blessing in disguise, as it led me to booking my first home stay on Airbnb…ever! And it. Was. Amazing. I’d rented out entire apartments/homes in the past, but had never shared someone’s home as the owners go about their day to day lives. And let me tell you…I could not have picked a better first experience.

I rented out a room in the historic St. Michel district, which was a perfect launchpad to see the rest of the city. However, the wonderful host, Corrinne, was what made the stay absolutely perfect. Corrinne and her family were warm and welcoming immediately, treating me like a member of the family; we ate breakfast together every morning, and twice I was invited to eat dinner as a member of the family. Towards the end of my trip, I got a bit sick with stomach bug, and Corrine even offered to host me an extra night for free so I could recover…seriously, this woman deserves an award for Airbnb host of the century! If you’re ever in Bordeaux, stay with Corrinne  – you won’t regret it, and you’ll have a long-time friend by the end of your stay. 🙂

Apart from my experience with the World’s Best Airbnb, however, I struggled a bit in Bordeaux. It’s a HUGE tourist destination in the summer for Europeans, and was absolutely packed with tourists my entire visit…but not the kind that wants to chat at a bar or meet fellow travelers. It’s more of a destination for older couples and families, which is fine – just not what I was looking for! Finally, prices were also (somewhat expectedly) quite high. For example, I took a day trip to St. Emilion (a nearby town with multiple wineries) and spent over $100 in a single day on train tickets, winery tours, and lunch. And I didn’t even go wine tasting! All in all, I guess it’s not that surprising; it’s a bit like if you visited Napa or Sonoma as a young, solo tourist…it’d be cool to see the town, but a bit lonely to be there by yourself, and definitely a budget-buster.

That being said, Bordeaux and St. Emilion were probably the most photogenic towns I visited in all my travels through France. Photographic evidence below: 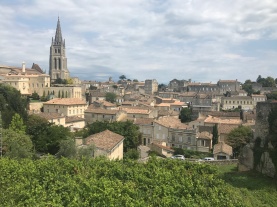 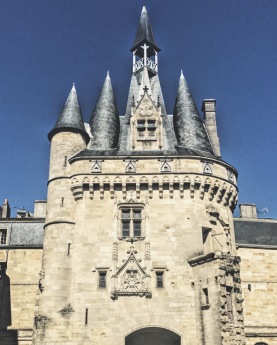 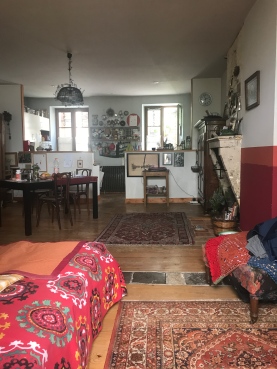 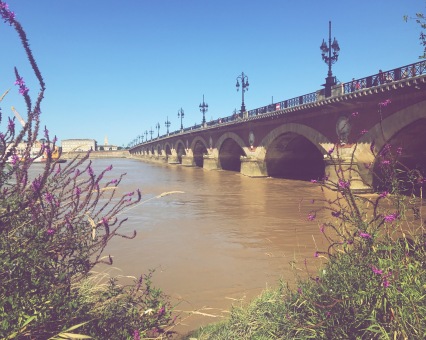 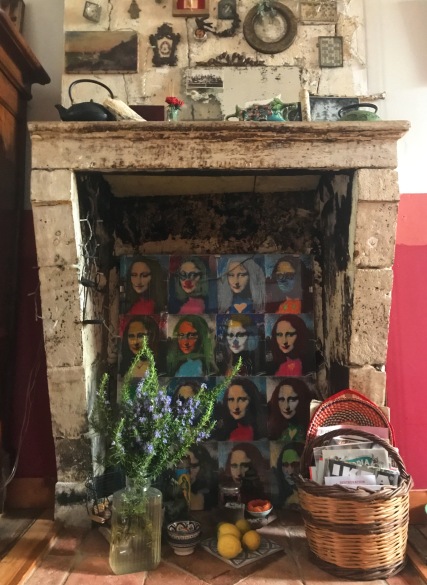 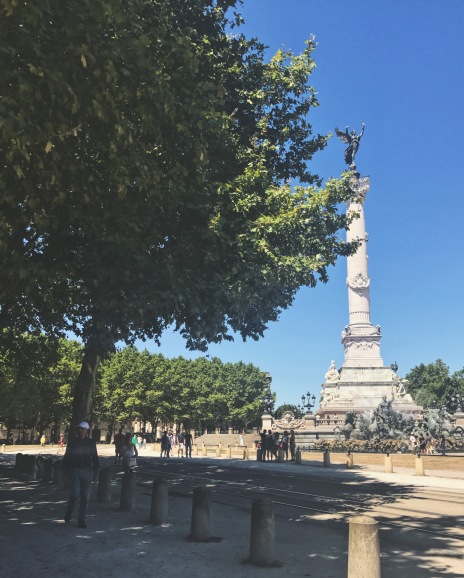 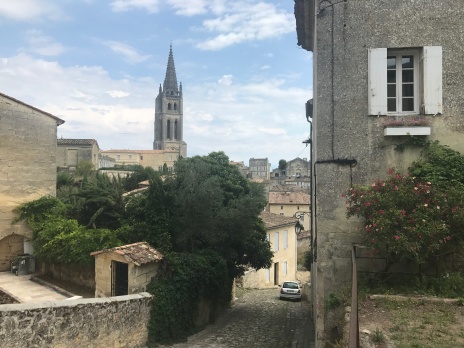 So, in short…while Bordeaux was beautiful, my minimalist budget + high tourist season = not the greatest combination. It’s all part of the learning curve when it comes to traveling, though! I’d love to return to Bordeaux someday, but it will have to be a) with a partner or friends and b) NOT during high season. No matter what, though, I’ll most definitely stay in the same Airbnb again. 🙂

Moving on, for my final stop…

Bayonne – the place I’ll have to come back to

After spending four each in Toulouse and Bordeaux, I was stretched for time and only able to spend one day and night in my last stop, Bayonne. A Basque town that’s only about 20 minutes from the Spanish border, it’s characterized by cool, winding medieval streets and a beautiful Gothic quarter. Unfortunately, I wasn’t able to see everything I wanted to see, as it poured rain the entire time I was there. However, I imagine it’s a city similar to Toulouse…one where, by wandering down the winding roads and getting lost, you’re really able to experience what the city is like and fall in love with it.

I had another fabulous Airbnb experience, and was again blown away by how welcoming my host, Delphine was during my stay.  For my one night, I was invited to have dinner with her and her girlfriend, and it was SO good! Between my VERY limited understanding of French and Delphine’s pretty-good English, we were able to chat and have a great time…however, a LOT of Google Translate was used throughout dinner. Ha! 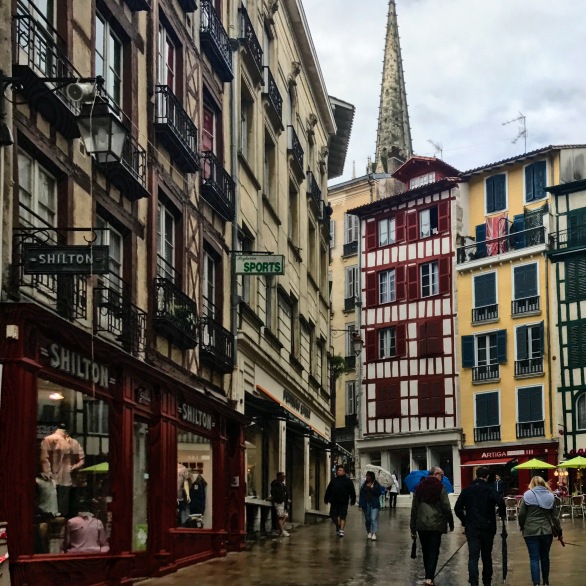 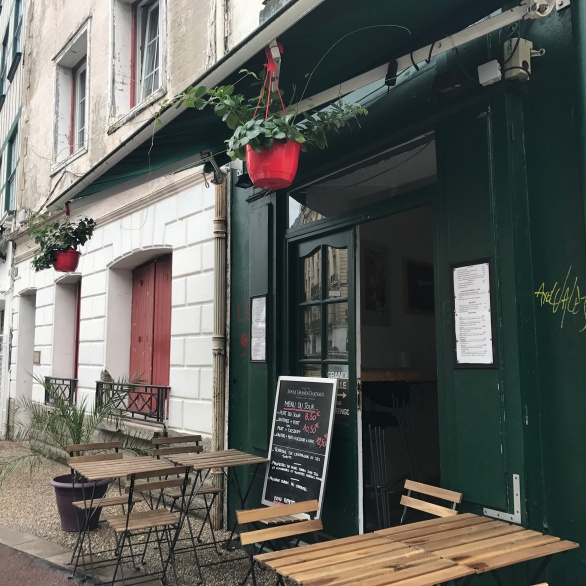 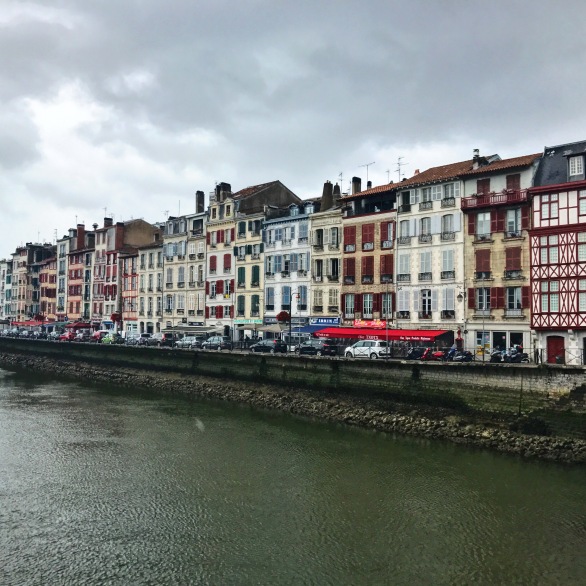 After an afternoon of wandering, dinner with Delphine, and a much-needed night’s sleep, that was that! The next day I hopped my first BlaBlaCar (basically the Uber of hitchhiking that’s used all over Europe…don’t knock it ’til you try it, it’s amazing!) and had an easy-breezy ride from Bayonne to the Spanish border, where I met my cousin Angelica. From there, we would start the Camino Norte, part of the Camino de Santiago network of pilgrimages throughout Spain…but that’s for my next post. 😉

Next up: hiking the Camino de Santiago (or at least part of it)…aka, the COOLEST thing ever.  Talk soon!

3 thoughts on “Adventures in the South of France”