So, the time came for me to figure out what the heck to do next after leaving Greece. I was tired, and burned out, and needed to sleep for like 18 hours. I’d had a flight to Barcelona that was cheap to change to an earlier date, but going to Barcelona – land of partying and sights on sights – didn’t seem like something I wanted to do right after leaving Greece. Plus, it was expensive. Plus, I’d lived in Barca with some amazing friends in 2010, and going back alone seemed mildly depressing. Who wants to go to Loco Lunes solo on a Monday night?

I kid, I kid. But in any event, the question begged itself – where could I go within a bus/train ride from Barcelona that I’d never been before?

It was perfect – a tiny country most people (myself included) had never heard of, with only one hostel (with great ratings on HostelWorld) in the middle of nowhere. I could hike, sleep, and rest to my heart’s content until I figured out what to do next. So, I hopped a bus from BCN airport, and off to El Tarter, Andorra I went. It was my first time doing anything like that – just picking a spot on a map and going for it.

And it was so, so worth it.

El Tarter, Andorra is a tiny ski resort town with less than two thousand residents, and in the summer, it has literally almost nothing to do except be outside. The hostel I stayed in was INCREDIBLE (seriously, if you ever find yourself in Andorra you should stay here) with friendly people and incredible views. Seriously…this was the view from the pool. The pool! What hostel has a pool?! 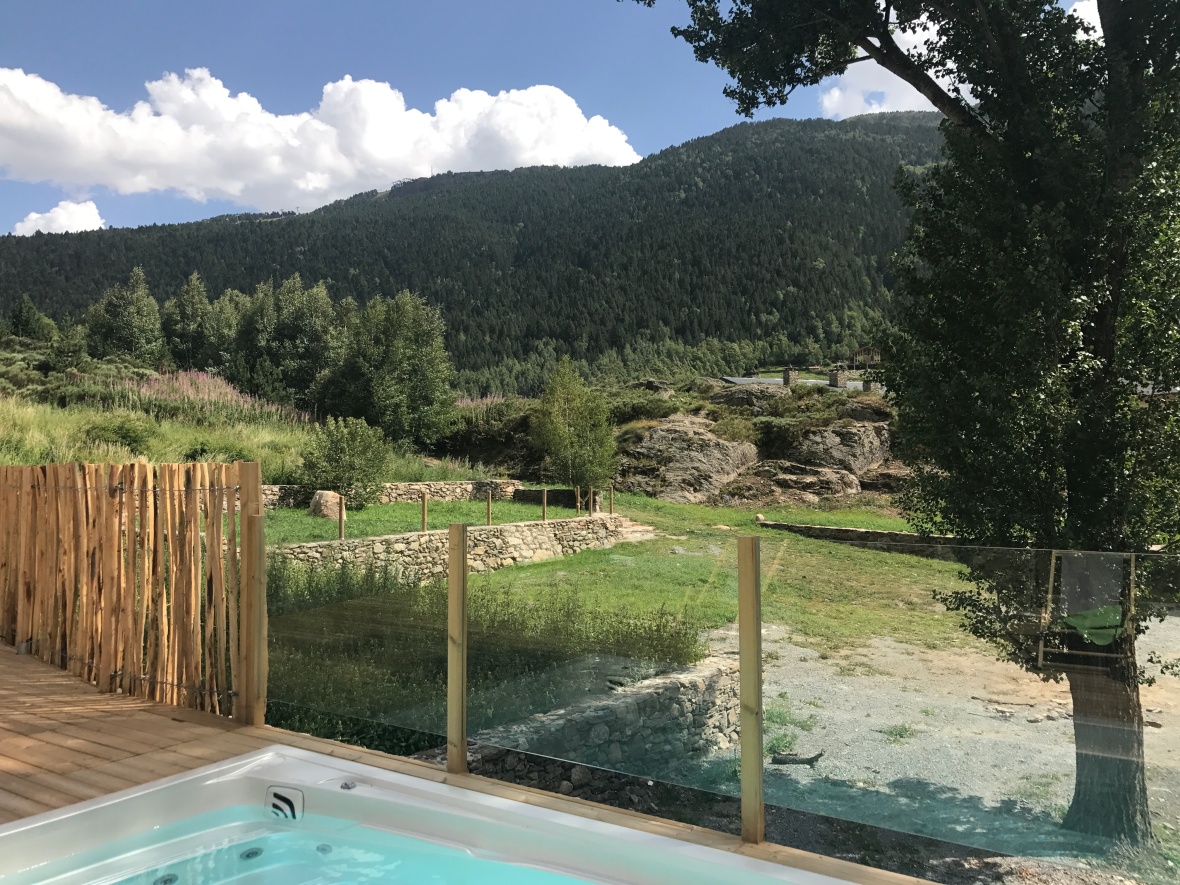 It was so, so perfect for what I needed as a post-Greece reset.

The first day I was there, I literally just sat by the pool and read an entire book…and as a self-proclaimed nerd, I make no apologies for this. However, on day two I wanted to get out into the beautiful mountainside and hike…after all, that’s what people do here in the summers! So, I asked the lovely hostel receptionist for a short, easy-ish hike that I could do in under 5 hours.

“Ah, if you want a very easy hike, try Cabana Sorda”, she suggested. “It takes maybe one, two hours maximum to get to the top, and it’s the easiest hike in the area”.

Eh, I thought. The thought of doing the “easiest hike” in Andorra didn’t sound ideal to my competitive, over-achieving mind…but I figured I could try it out and maybe do a second hike if I got done quickly. After all, I’d hiked to the bottom of the Grand Canyon and back in a single day! I’d done the Na Pali trail in an afternoon! I’m from San Francisco, for pete’s sake…land of hills and hikes galore! This hike would take me maybe an hour, tops. After all, even the Andorra hiking map proudly proclaimed, “Cabana Sorda…a hike that all ages can do, even the very young and very old. This hike is incredibly easy and requires almost no physical exertion”.

I tell you all of this to now say, in retrospect, LOL.

Where I come from, a hike that makes a 1200 foot ascent in less than 1.5 miles is not one people would normally consider “the easiest hike in the area” requiring “almost no physical exertion”. However, Cabana Sorda was just that: a zig-zagging, 1200 foot ascent up the side of a mountain that ends at a beautiful mountain lake. It’s stunning, beautiful, and hard as h*ll. And my only explanation for why ANYONE would refer to Cabana Sorda as a walk in the park is that maybe the people of Andorra are all genetically predisposed to climbing mountains. There are only, like, eighty thousand people in the whole country; maybe natural selection has weeded out anyone who’s not an elite athlete capable of scaling a mountainside without breaking a sweat.

To conclude, there is nothing more humbling than being three breaths away from an asthma attack on the side of a mountain, while an Andorran grandmother and her two kindergarten-aged grandchildren speed by you on the trail like they’re walking on flat ground. I have learned many, many lessons on this trip so far, but one of the toughest pills to swallow has been to know when to sit down, and (in the words of Kendrick Lamar) be humble (or, as one could say, HUMBLE.).

Minus the asthma attack and bruised ego, though, the hike was absolutely amazing. Below are some pics from the ascent/descent. And there was a waterfall! Ah, my heart. 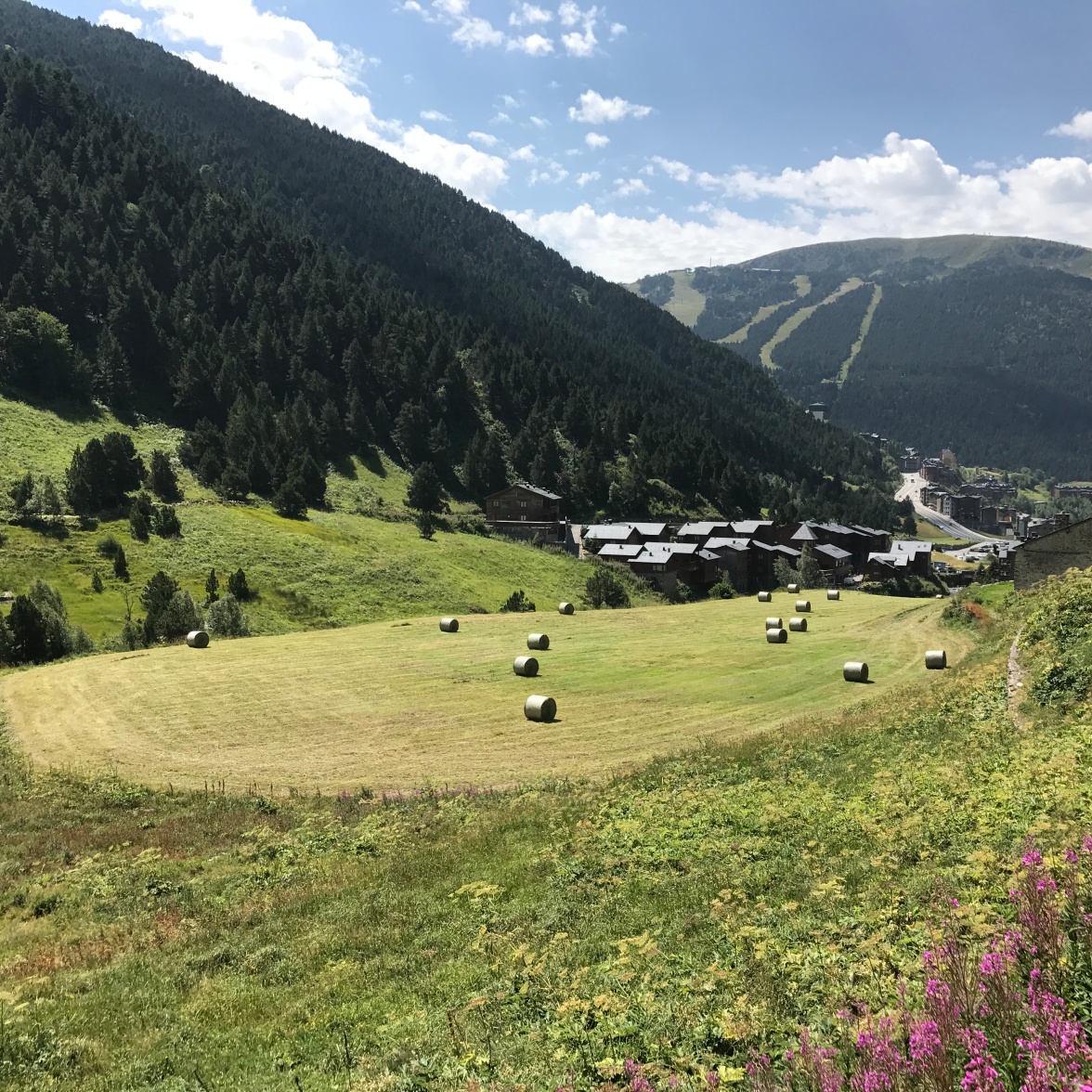 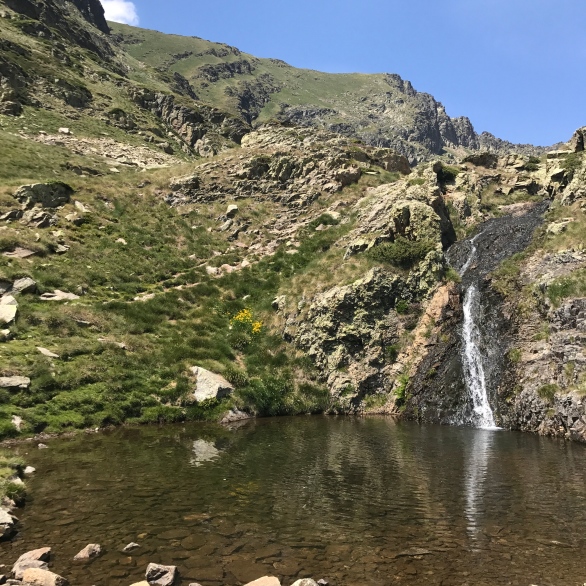 In summary, Andorra is probably one of the most naturally beautiful places I’ve ever been…and as a Bay Area resident, that’s saying something. I’ll definitely be back again someday! I’ll probably try to get in better shape before attempting a hike here again, though. Haha. 🙂

Next post: a week of solo traveling in southern France (aka, when solo travel is REALLY fun and also REALLY lonely all in the course of a day). I’ll write again this week!